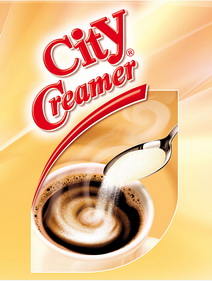 On 2 July 2016, our client, Bilal Mohammad AL Hamwi, instructed us to file a trademark application for “City Creamer” in the EUIPO in class 29. The application was assigned to number 012929501 then published on 5 August 2014.

In our counter reply we show proof of use of our client’s mark in all items mentioned in the application. The opponent admits the presence of the stylised words in red: ‘City Creamer’ which have no counterpart in their “mug design” mark which dismisses this difference as irrelevant, since the official script in Bulgaria is Cyrillic. The opponent then asserts that as the words are in Latin script it is ‘highly unlikely that the average Bulgarian consumer will be able to read the words in the our client’s application’.

The figurative elements illustrates that the differences in the imagery far outweigh any supposed similarities.

The Registrar reviewed the opponents opposition and our argument, and finally ruled its decision to allow our client’s mark to register. Said decision became final.