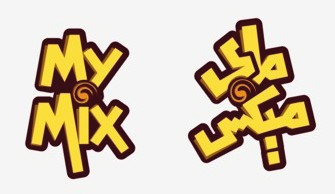 Our client, MR. Bilal Mohammad AL Hamwi, a Syrian company and the original owner of the trademark “My Mix” in Latin and Arabic Characters, which registered in its home country as well as in neighbouring countries in class 30.

Through our watching service, we discovered a similar application for “mimix” dated 15 January 2012, which was filed in the UAE under number 179613 in class 30 by an Egyptian trader and published in the Official Gazette number 137 on 4 January 2014.

Following our client’s instructions, we filed an opposition against said application based on the similarity between the marks, and prior use and registration in its home country and abroad.

The trademark Registrar considered the fact that the opposed mark had similar pronunciation to our client’s mark and might mislead the public to the applicant especially since both marks claim the same class. Therefore, a decision was issued in our client’s favour and the Registrar cancelled the subject application.

Click here to cancel reply.
Articles in this month
UAE – Conflict between ‘fulla’ and ‘Fellah’
UAE – “My Mix” vs. “mimix”
2022
Jump to year